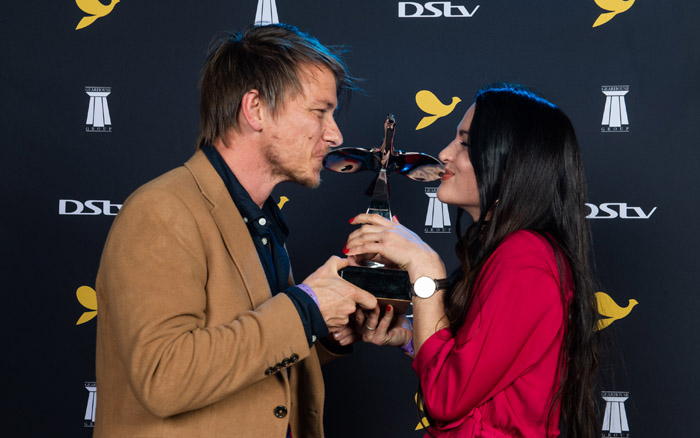 Showcasing the Best in Creativity across Africa and the Middle East

On Friday 23 and Saturday 24 August 2019, the best of advertising and design was awarded at the 41st Loeries Awards, with both evenings hosted by Donovan Goliath. On the first evening, Student, Out of Home, Print, Shared Value, Digital and Design categories were awarded. The second evening, hosted by DStv, included awards for Effective Creativity, Media Innovation, PR and Media Communication, Live, Service Design, Radio & Audio, Film and Integrated Campaigns.

Around 2 500 entries were received, with 16% of entries from outside South Africa. A total of 646 brands were represented by 281 agencies from 15 countries across Africa and the Middle East. The awards were judged by over 140 regional and international industry leaders in their fields including international Jury Presidents Nedal Ahmed, Tara McKenty, Ralf Heuel and Katja Thielen.

The 5 Grands Prix were awarded to:

“The media landscape has changed, the way we view, what we view and how we access content is also constantly evolving. It’s important that the advertising industry evolves at the same pace. We are invested in the Loeries because of this,” says Fahmeeda Cassim Surtee, CEO of DStv Media Sales. “We want to help support and grow an industry where creativity is nurtured, where good work is recognised, where talent is rewarded and where innovative ideas are amplified.” “Two years ago, in the middle of the SABMiller and ABInBev combination, I set the challenge to our marketing team and agency partners to deliver socially relevant and creative work that would make our brands famous and most loved by consumers. Winning the 2019 Marketing Leadership and Innovation Award is recognition for an amazing group of marketing professionals at ABInBev Africa and our talented creative partners,” says a delighted Quaye.

Alistair King, Chief Creative Officer of the King James Group, was inducted into the Loeries Hall of Fame, an accolade that recognises individuals who have helped build the advertising industry into what it is today.

“It is worth noting that he is the first founder and head of an agency that remains 100 per cent independent to be honoured in this way by the Loeries,” says Loeries CEO, Andrew Human.

“It’s a real privilege to be inducted into the Loeries Hall of Fame,” says King. “This is not just any old award to me. It’s 30 years of every award I’ve ever won crushed into one, so that makes it rather special.”

The awards were brought to a close on the Saturday evening with the announcements of the Agency and Regional Agency Group of the Year. The top three Agencies of the Year are: First – Joe Public United, Second – Ogilvy Johannesburg, and Third – TBWA\Hunt Lascaris Johannesburg. The top three Regional Agency Groups of the Year are: First – TBWA\, Second – Ogilvy EMEA, and Third – Joe Public United.

The Loeries will release its full Official Rankings in October.

Loeries Creative Week took place from 19 to 25 August in Durban. More information can be found at loeries.com.

The Loeries, a non-profit company, is Africa and the Middle East’s premiere initiative that recognises, rewards, inspires and fosters creative excellence in the brand communication industry. As the highest accolade for creativity and innovation across our region, the Loeries promotes and supports creativity by helping marketers, agencies and consumers appreciate the value of ideas and fresh thinking.

The Loeries is the only award across Africa and the Middle East that informs the global WARC Creative 100, a showcase for the best creative work in the world. Successor to the prestigious Gunn Report, WARC collates the most important advertising awards from around the world to produce a global list that ranks the most creative companies and campaigns.