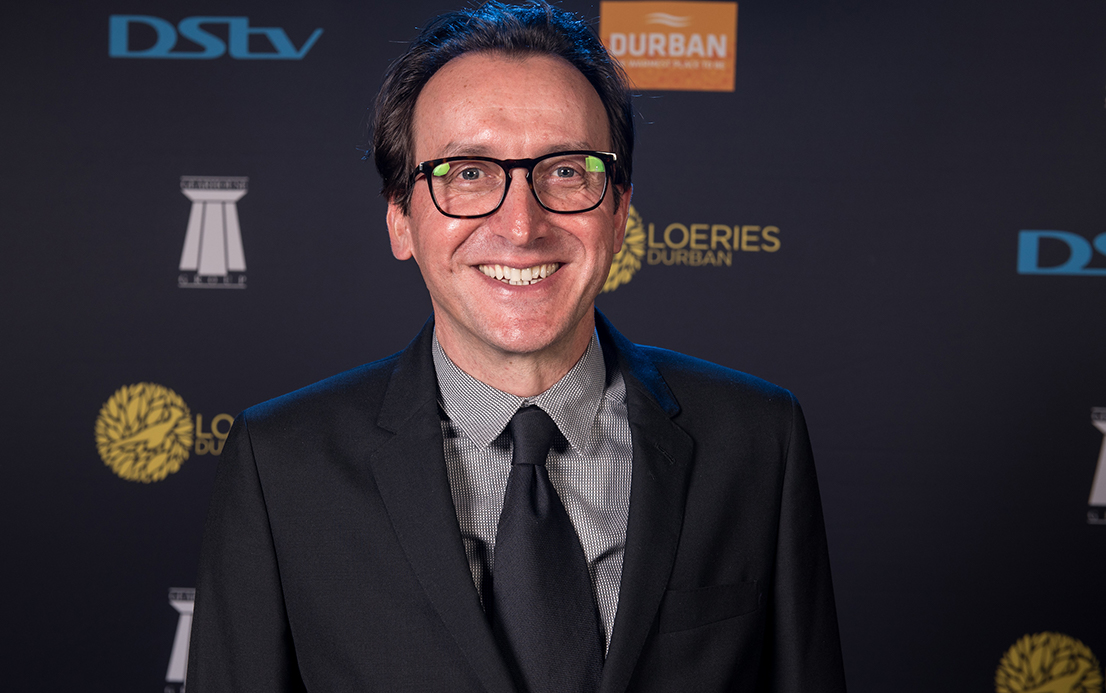 Andrew Human To Leave The Loeries

Andrew Human leaves the world shocked as he leaves the Loeries after 15 years as CEO.

CEO of the Loeries, Andrew Human, will be leaving the organisation after 15 years at the helm, during which time the Loeries was transformed into a globally recognised festival and the highest accolade for the advertising and brand communication industry across Africa and the Middle East.

“I have decided it’s time to move on to a new challenge and I will be leaving the Loeries at the end of March 2020,” says Human. “Until then, I will be closely involved in the process of leading the Loeries into the new season.”

An engineer by training, Human, who believes that “if you’re afraid to offend anyone you’re taking the well-worn road of mediocrity,” previously worked as a scientist and was a trailblazer of digital media before joining the Loeries. “It’s been a wonderful experience and journey, and the Loeries has grown from a small office and award show in those first days to an association that is now recognised internationally.”

Chairman of the Loeries and Executive Creative Director at Ogilvy Cape Town, Tseliso Rangaka believes that Human’s contribution to the growth and international recognition of the Loeries has been enormous, “Andrew has over the years worked tirelessly to make the Loeries a world-class stage for our creative industry to shine. His firm and fair stewardship of this organization will be greatly missed. I look forward to working with Andrew in the coming months to find a worthy candidate that will help take the Loeries to even higher acclaim. I wish him well and extend the gratitude of everyone who has had the pleasure of serving with him.”

As part of the transition, the Loeries Board has promoted Suzie Bowling to the position of Chief Operating Officer. “Suzie has been with the Loeries for many years and I’m very confident in her ability to continue the journey of this amazing bird,” says Human.

During Human’s tenure, he was voted 2007 Advertising Industry Person of the Year by ‘The Annual’ and 2008 AdReview Advertising Person of the Year in South Africa. He has judged the Epica Awards in Paris, the Gecko Advertising Awards in Namibia, the Footprint Marketing Awards, the AdReview awards, and chaired the Business and Arts South Africa panel for several years. He was also the editor of Migrate magazine. Under his leadership, the Loeries now administers the Pendoring Awards, Creative Circle South Africa, Bookmarks Awards, AMASA Awards, and the Kenyan national advertising awards.

In 2008, Human introduced the CreativeFuture Scholarship, to encourage and enable creativity at grassroots levels, by assisting talented learners from disadvantaged backgrounds. “This is an incredible opportunity for youngsters and it covers just about everything a learner requires: fees, study materials, accommodation and living expenses. Plus, it offers mentorship, internship and, ultimately, employment,” say Human. “Without a doubt, this is the part of the Loeries that I’m most proud of, and I feel like all these students who have passed through our programme are part of our family”

“I cannot emphasise enough how important the input, experience and guidance of the Loeries Board and Committee have been. We have also enjoyed the incredible support of the industry, wonderful partners and an amazing Loeries team. Without them, it would have been impossible to reach the goals we did over this 15-year period. I am grateful to each one of them.”

The Loeries will release its Official Rankings in October. Loeries Creative Week took place from 19 to 25 August in Durban. More information can be found at loeries.com.

The Loeries, a non-profit company, is Africa and the Middle East’s premier initiative that recognises, rewards, inspires and fosters creative excellence in the brand communication industry. As the highest accolade for creativity and innovation across our region, the Loeries promotes and supports creativity by helping marketers, agencies and consumers appreciate the value of ideas and fresh thinking.

The Loeries is the only award across Africa and the Middle East that informs the global WARC Creative 100, a showcase for the best creative work in the world. The successor to the prestigious Gunn Report, WARC collates the most important advertising awards from around the world to produce a global list that ranks the most creative companies and campaigns.

Major Partners of the Loeries