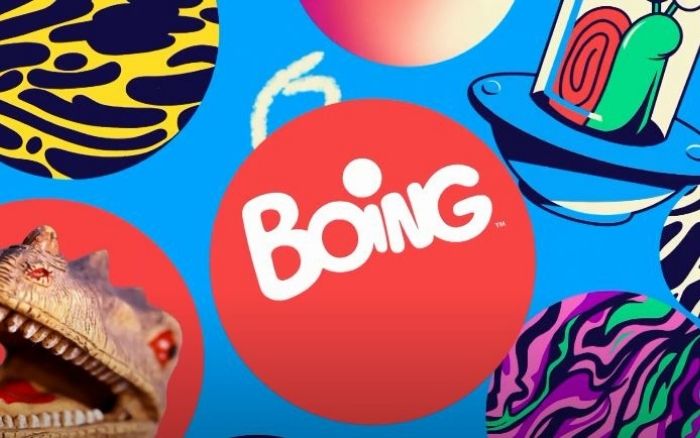 Boing Gets a New Bounce in its Step

There’s a little more blue in the clouds, a little more ray in the sunshine, and a lot more colour all around! That’s because WarnerMedia’s cartoon-based kids’ entertainment channel, Boing, is gearing up for a fresh look and feel as of the 10th of April.

The channel, which airs across households in 19 African countries for girls and boys aged four to 14 years old, is home to a range of spontaneous and humorous franchises and popular comedy and action shows such as international animated hits like Sonic Boom, Dragons and The Jungle Bunch; 90’s classics including Codename KND, Dexter’s Laboratory and Johnny Bravo; and other channel favourites, for example, Angelo Rules, Uncle Grampa and Oswaldo.

Working closely with children from the core target market,  the channel has redesigned its playfulness, introducing a new chameleon-like logo. A massive icon library that can be changed and adapted according to the brand’s modernised visual language has been developed and features over 320 graphical elements, including 150 Boing brand stickers aligning the shows kids love with the channel. With just the right amount of childhood chaos, the new, flexible logo can be updated into many different variants working across all the different platforms on which the channel is featured, giving Boing viewers in Africa something to look forward to every single day.

“The new-look Boing is a fun-filled playground where kids can take ownership of the brand, finding themselves surrounded by a palette of stickers, icons, and other doodles allowing fans to add their own element of chaos to create unique looks that reach a new level of excitement and fun,” says Ariane Suveg, Kids Content Director for France and Africa. “With this new fun-filled identity, Boing is now even more connected and in step with the world of our young viewers: Dynamic, inclusive, and constantly evolving!”

The channel has kept its promise and has managed to match local African kids’ taste by acquiring exclusive programmes. In April, viewers can look forward to Boing Sunday Marathons at 13:30 CAT every week, including the maddening misadventures of Oswaldo, the escapades of a group of ten-year-olds in Codename KND, everyone’s favourite Uncle Grampa, the exciting tale of Maurice the penguin in The Jungle Bunch, and ending the month with the sweet-talking 11-year-old in Angelo Rules.