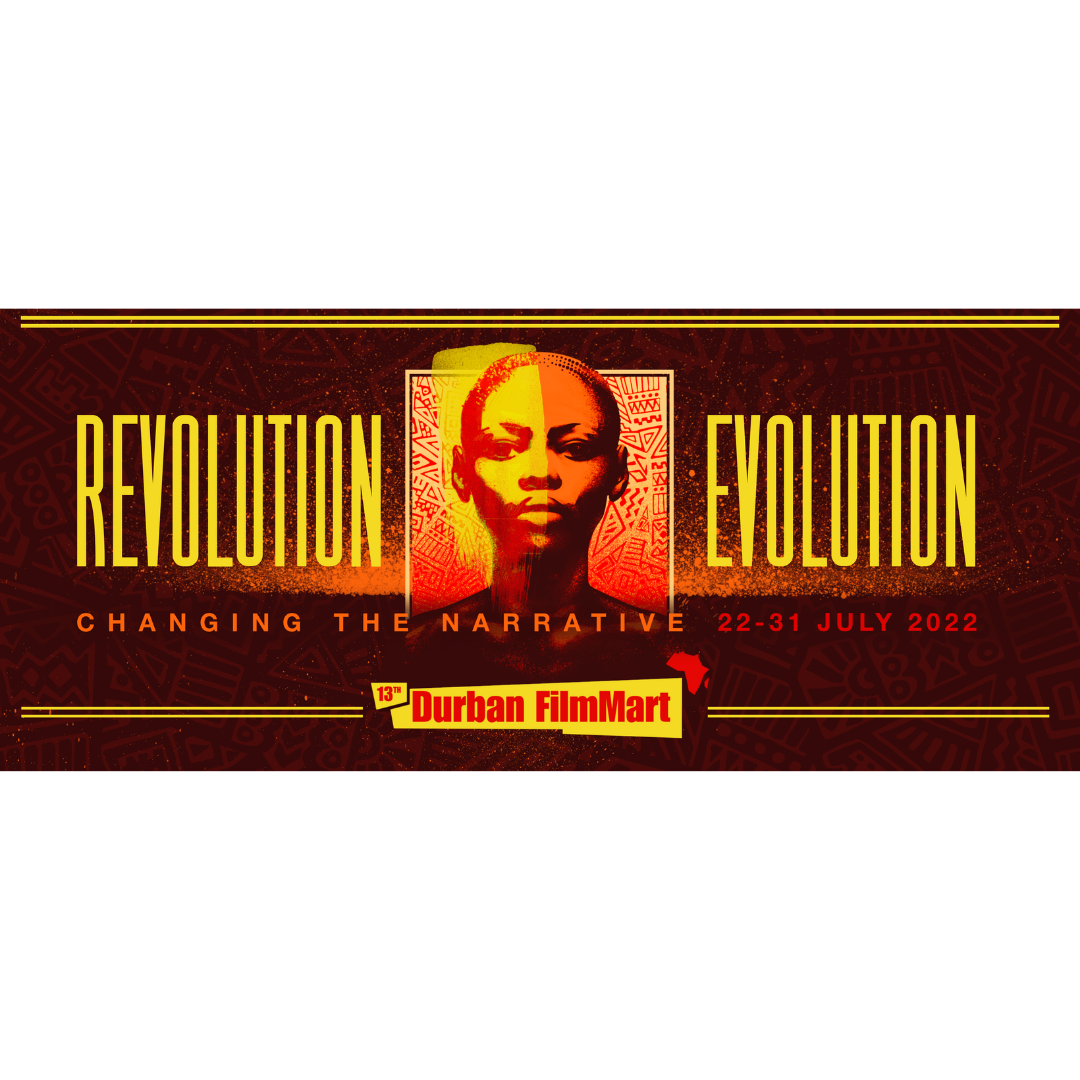 “We are privileged to have been afforded access to a diverse group of industry roleplayers who are committed to taking African content to the global market, thereby ensuring that DFMI remains a key entry point that connects our industry to the world,” says Jacintha de Nobrega, chairperson of the DFMI board of director.

“In selecting our advisory panel, we purposefully selected esteemed and influential industry leaders that will support the DFMI in increasing its footprint in the global market. This is aligned with our overarching strategy and our mission to consolidate DFMI as the leading film market in Africa and the access point for African content,” de Nobrega continues. 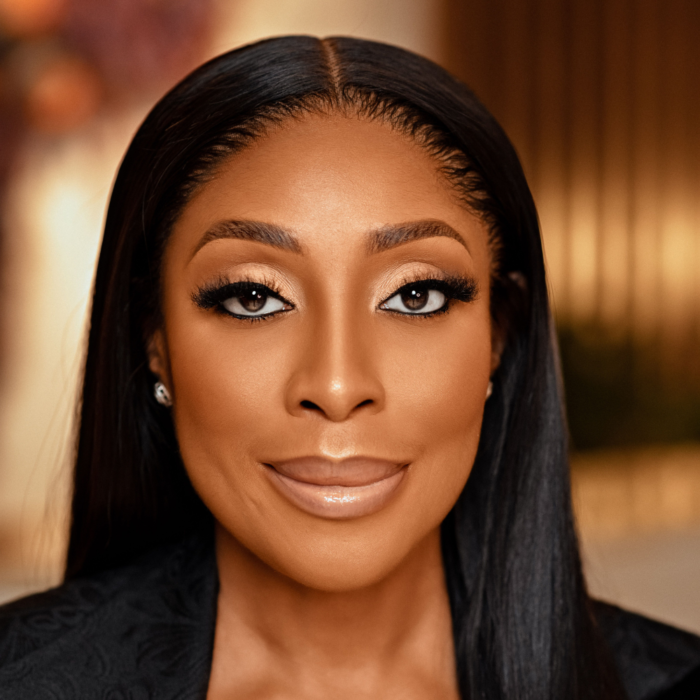 Mo Abudu (Nigeria), Africa’s first lady of chat, launched EbonyLife TV, Africa’s first global black entertainment and lifestyle network, in 2013. Her primary goal for the channel was to alter the narrative around Africa into something more positive. What followed was a string of glossy, aspirational series like The Governor, Fifty, Desperate Housewives Africa and Sons of the Caliphate, and most recently, the Netflix series Blood Sisters. Abudu is described by Forbes as “Africa’s Most Successful Woman” and rated as one of the “Most Powerful Women in Global Television”. Abudu is a Nigerian media mogul and philanthropist who has built an empire spanning almost a decade. In 2019 she was named among the Inaugural List of 100 Most Influential African Women in 2019 by Advance Media. 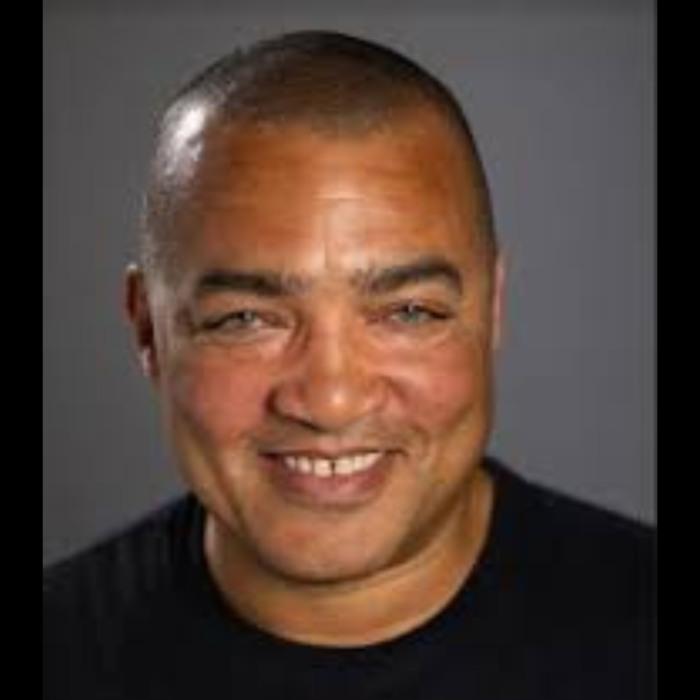 Award winning Manager/Producer Steven Adams (USA) is a Founding Partner at Alta Global Media where he represents international media companies and talent.  Adam is the producer on the Netflix Original adaptation of Roger Guenveur Smith’s solo performance piece Rodney King, directed by Academy Award winner Spike Lee.  Having served for 4 years as a VFX Executive Producer with Paris-based VFX house BUF, his credits there include such Academy Award winners as James Cameron’s AVATAR, Ang Lee’s LIFE OF PI, THOR for Marvel Studios, as well as GREEN LANTERN, GREEN HORNET, Stephen Sommers’ ODD THOMAS, and Tim Burton’s DARK SHADOWS.  Steven was also VFX Executive Producer for French VFX house Digital District whose credits include the Academy Award winning features THE ARTIST & THE INTOUCHABLES.  Adam is a member of the Producers Guild of America, the Television Academy, Content London and the Los Angeles Art Association Advisory Board and serves as Board Ambassador for the Blackhouse Foundation, an official partner of the Sundance Institute. 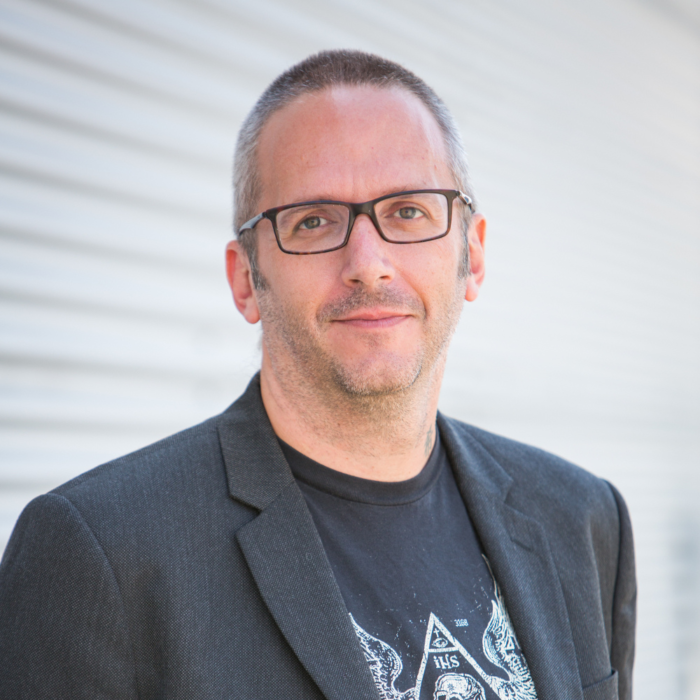 Todd Brown (Canada) is the founder and editor of international and independent film website ScreenAnarchy.com (formerly TwitchFilm.com). An experienced festival programmer and  co-ordinator of the Macao Project Market co-production market, Brown is also the Head of International Acquisitions for XYZ Films. In his time at XYZ, Brown has shown a strong focus on emerging talent and territories and has served as a producer or executive producer on a wide range of Cannes, Toronto and Sundance selected titles such as The Raid, Spring, Bushwick and many more. 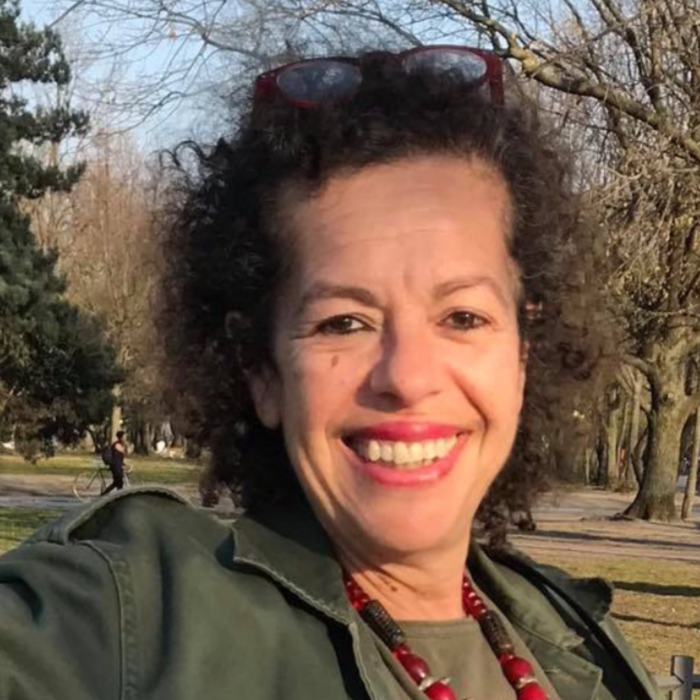 Jihan El-Tahri (Egypt)  is a multi-award winning film director, writer, producer and visual artist who currently serves as the General Director of the Berlin based documentary support institution Dox Box. She sits on the selection committee of the Locarno International Film Festival and has served on several African film board organisations. She has directed more than 15 films and her visual art exhibitions have travelled to renowned museums and several Biennales around the world. As a member of The Academy (Oscars) for the last five years, El-Tahri has directed more than 15 films. Her writings include Les Sept Vies de Yasser Arafat (Grasset) and Israel and the Arabs, The 50 Years war (Penguin). 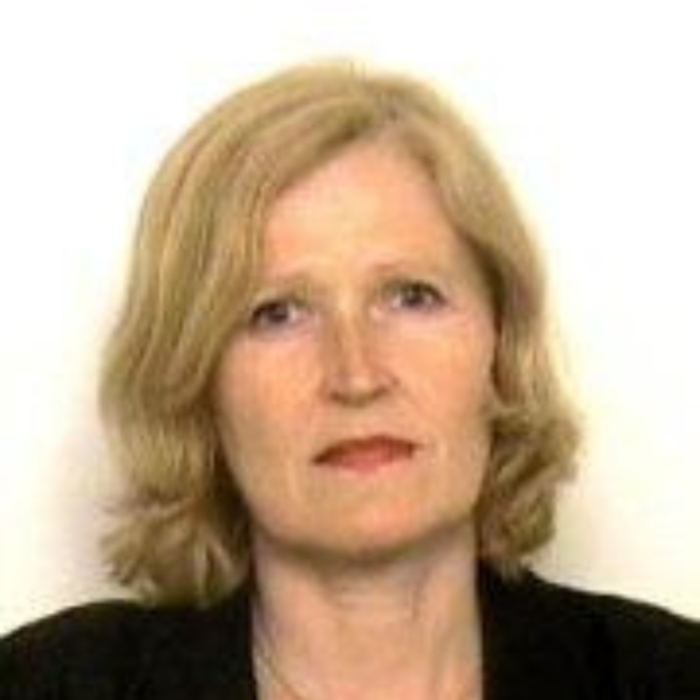 Cécile Gérardin (France), started her career in television and has honed her skills across the spheres of television, producing, developing and creative writing. She is the Head of Drama at Canal + International with a focus on the African Continent including Invisibles, Sakho &  Mangane, Agent, Oasis, L’Amour à 200m, Cacao, Manjak, Mami Wata, De plus en plus Loin, Eki. Gérardin holds a MBA from Boston College Carroll School of Management, and an MBA from French Graduate Business School Sup de Co Reims (NEOMA Group). 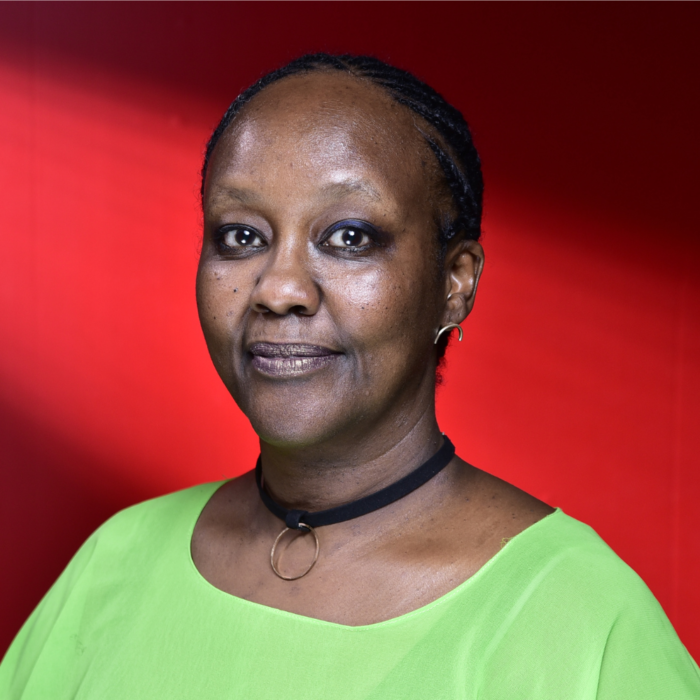 Judy Kibinge (Kenya) is a Filmmaker who believes strongly in the power of storytelling.  She works with like-minded friends, collaborators and partners to create engaging and powerful films. As part of her responsibilities, she led Pan African campaigns for brands like Coca-Cola, East African Breweries, and Unilever. She has written and directed several award winning fiction and documentary films. In 2013, she founded Docubox, Sub Saharan Africa’s first homegrown fund and hub for independent filmmakers.  Kibinge is also a founding member of the Creative Economy Working Group (CEWG) formed to shape cultural policy in Kenya and in 2021, was named Most Influential Woman in Film at the Women in Film Awards (Kenya). Kibinge is a member of the Academy of Motion Picture and Sciences and a sitting member of the Documentary Branch Committee for three years running.

Tendeka Matatu (UK) is widely recognised as one of Africa’s most prolific film producers and a champion of African cinema. Driven by a desire to bring African and African diaspora cinema to the world, he founded Ten10 Films, an award winning production and distribution company based in London. Matatu’s films have premiered at major film festivals including Berlin, Toronto, Rotterdam, Busan and London. His producer credits include the multi-award-winning Max & Mona; the South African box office hit Material; and the action-drama epic, Gangster’s Paradise: Jerusalema, which was South Africa’s official entry for the Academy Awards Foreign Language category in 2008.  Matatu is currently Netflix’s Director of Film for the Sub-Saharan Africa region. 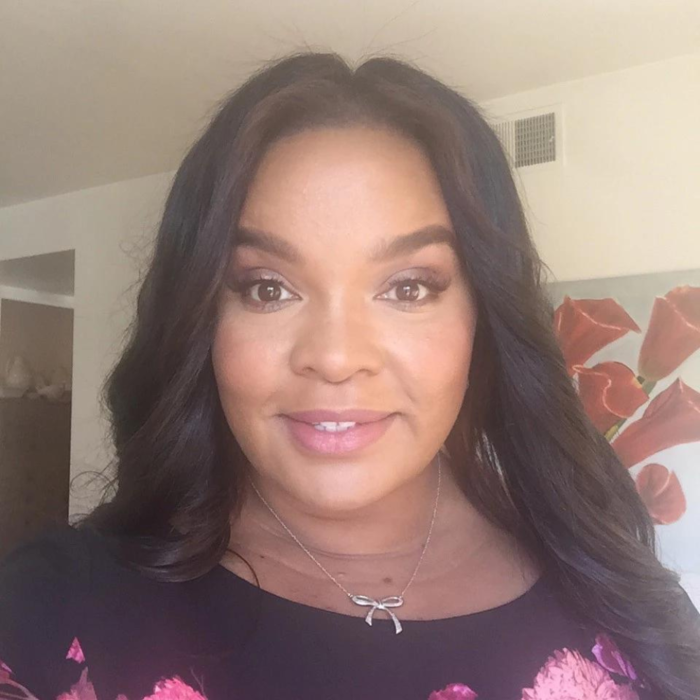 Dana Sims (USA) is a  veteran talent agent with over a decade of industry experience having worked with big names in the industry and has been described as one of the most talented and hardest working agents in the business.  She began her career at the William Morris Agency where she worked as a liaison between the talent and music departments and secured several prolific roles for the agency’s clients, most notably, roles in The Academy Award-winning Crash and HBO’s No. 1 Ladies’ Detective Agency. She was instrumental in creating a successful crossover division and continues to flourish in her unique industry position.  Sims is currently the MP Talent Agent at the leading entertainment and sports agency Creative Artists Agency (CAA) where she represents many of the world’s leading musicians and actors, including Chris “Ludacris” Bridges, Wesley Snipes, Pearl Thusi, Alyssa Goss and Gabrielle Union among others. Roger Ross Williams (USA) is an award-winning director, producer and writer and the first African American director to win an Academy Award. He has directed a number of acclaimed films including Life, Animated, which won the Sundance Film Festival Directing Award, was nominated for an Academy Award and won three Emmys in 2018, including the award for Best Documentary. Williams began his career producing political satire for Comedy Central and Michael Moore’s Emmy Award-winning series TV Nation.

About the Durban FilmMart Institute: