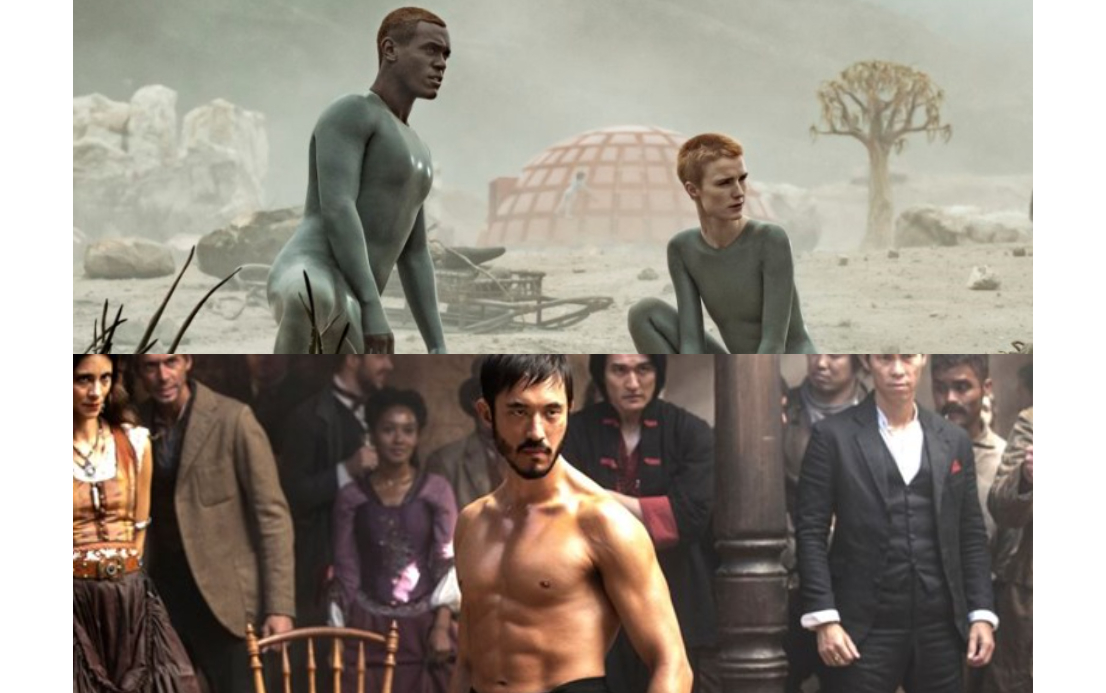 Raised by Wolves S1 and Warrior S2 are both shot in SA and are nominated for Emmy awards this year!

The  Emmy nominations are for the Outstanding Stunt Coordination award which recognises an individual or crew of stunt performers. The Outstanding Title Design award acknowledges the show with the best main title sequence in television.

Warrior is being nominated for the Outstanding Stunt Coordination award at the Emmys. The show was in Cape Town, takes -place in the cruel world of the late 19th century San Franciso, where rival Chinatown tongs fight for dominance amidst the growing anti-Chinese fervour that threatens to destroy them all.

“Warrior feels like if Peaky Blinders starred Bruce Lee and was set in 1870s Chinatown. It’s great,” says Vox -viewpoint supported by an 8.4/10 rating on IMDb and a 100% critics’ rating for Season 2 on Rotten Tomatoes. The show was also nominated for Best Action Series at the 2021 Critics Choice Super Awards and o in line for a 2021 Visual Effects Society Award. Lead actor Andre Koji was shortlisted for Best Actor. Warrior has quite the reputation and has recently been renewed for a third season. The show emanates from the writings of martial arts idol Bruce Lee.

Raised by Wolves S1 is being nominated for the Outstanding Title Design award at the Emmys. This is the biggest TV series to ever be shot in South Africa. The HBO sci-fi show revolves around two androids tasked with raising human children on virgin planet Kepler-22b after Earth was destroyed in a great war. Raised by Wolves has already been nominated for three 2021 Critics’ Choice Super Awards: Best Science Fiction/Fantasy Series, Best Actor: Sci-Fi for Travis Fimmel (Vikings’ Ragnar) and Best Actress: Sci-Fi for Danish actress Amanda Collin.

Four-time Oscar nominee Ridley Scott, who directed the sci-fi classics Alien, Blade Runner and The Martian, executive produces and directs the first two episodes. Inverse hails the show as “Ridley Scott’s best sci-fi since Alien… there’s no TV show quite like it.” The show has already been renewed for a second season.

You can catch both these shows on Showmax.com