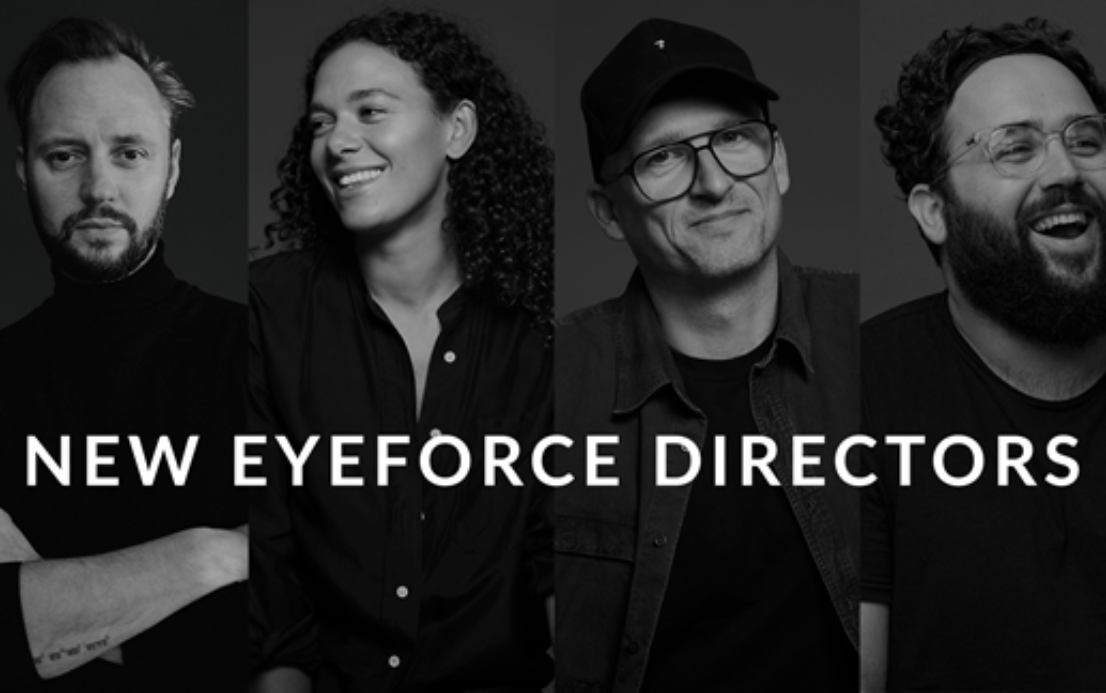 The film & photography company Eyeforce welcomes 4 new directors: Bram Coppens, Iman Whitfield, Ralf Demesmaeker and Tim Weyer to the creative team. The directors, who are joining the team of creatives, are embarking on projects with a shared passion for sports and human stories.

Bram Coppens has a rich international experience, making strikingly unique works that delivered him awards at the Clios Awards, Cannes Lions and beyond. His technical versatility encompasses vintage analogue film and classic voice-overs, as well as the most cutting-edge digital techniques. Famous for his Superbowl and World Cup Football commercials, he artfully combines the gritty grain of closely-observed humanity with his own distinctive storytelling sensibility. But more importantly, with his mantra “tomorrow is another day”, he strongly believes the next project he works on will be his best.

Iman Whitfield’s powerful visual work captures intimate moments from real life that let us share the quirky individuality of her subjects in a delightfully natural way. Together with her rich experience as a creative director it forges a strikingly distinctive personal vision. With an infallible eye for style, Iman’s images are infused with a timeless yet distinctly contemporary allure. The huge viral success of her first short film announced a serious talent and her cinematic signature of intimate story-telling has earned her collaborations with Scotch & Soda, Diesel, and Nike.

Ralf Demesmaeker consistently brings his impeccable taste and talent to his working relationships. Using cool technical transitions and match-cuts, along with his signature animated visuals, Ralf’s touch brings freshness and originality to any brand in ways that are always visually surprising and emotionally engaging. Whether he’s creating a strikingly original arthouse vision to enhance the allure of a prestige client or harnessing the energy of street sports to make everyday products buzz. During his career, he made a name for himself with his pieces for the Olympics and ING.

South Africa based Tim Weyer weaves his signature high-energy style from his hugely diverse filmmaking experience, ranging from action spots and punchy original commercials to daring documentaries and clever comedy shorts. His twin passions for surfing and making music infuse his films with an infectious flow. He loves to approach his work holistically, drawing on his background in VFX and editing to freely mix different types of visual media. As a result, his films are full of a unique, edgy sense of playfulness.