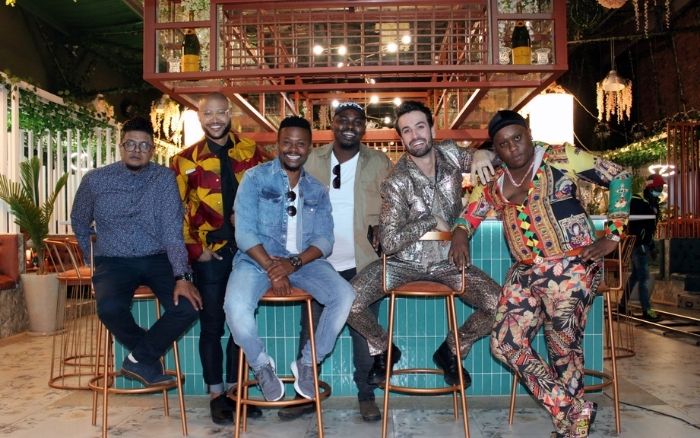 It’s A Wrap On The Gang

Azania Productions (Blessers, Broken Promises 4 Ever), has completed principal photography on the company’s latest comedy feature, The Gang. The film was shot over 5 weeks in Johannesburg and surrounds.

Directed by Kganki ‘Star’ Mphahlele (Machansa, Bo MMA) from a script by Sasa Nqabeni (Blessers), The Gang marks the 7th feature film completed under the Azania Productions banner and the first buddy movie in a slate of comedies.

When Paul’s (Kagiso Modupe) slay queen fiancée dumps him, shortly after their engagement, not content with only keeping the massive diamond engagement ring, she also cleans out his home, riding off into the sunset with all his possessions. Paul is left confused, heartbroken and depressed.

Hearing of his Paul’s plight, his close friends, Gigi, Steve, Ryan, Kagiso and Brian undertake a road trip to Cape Town to offer moral support. However, their mercy mission, under Gigi’s leadership, hits one hilarious speed bump after another, testing the gangs resolve, but ultimately cementing their friendship.

“We have an amazing ensemble cast on this film,” says producer Malebo Manamela.  “They’re all big personalities, but they bonded from day one to form a cohesive gang.  Each brought his own unique energy to the story and had a lot of fun both in front of and behind the cameras.”