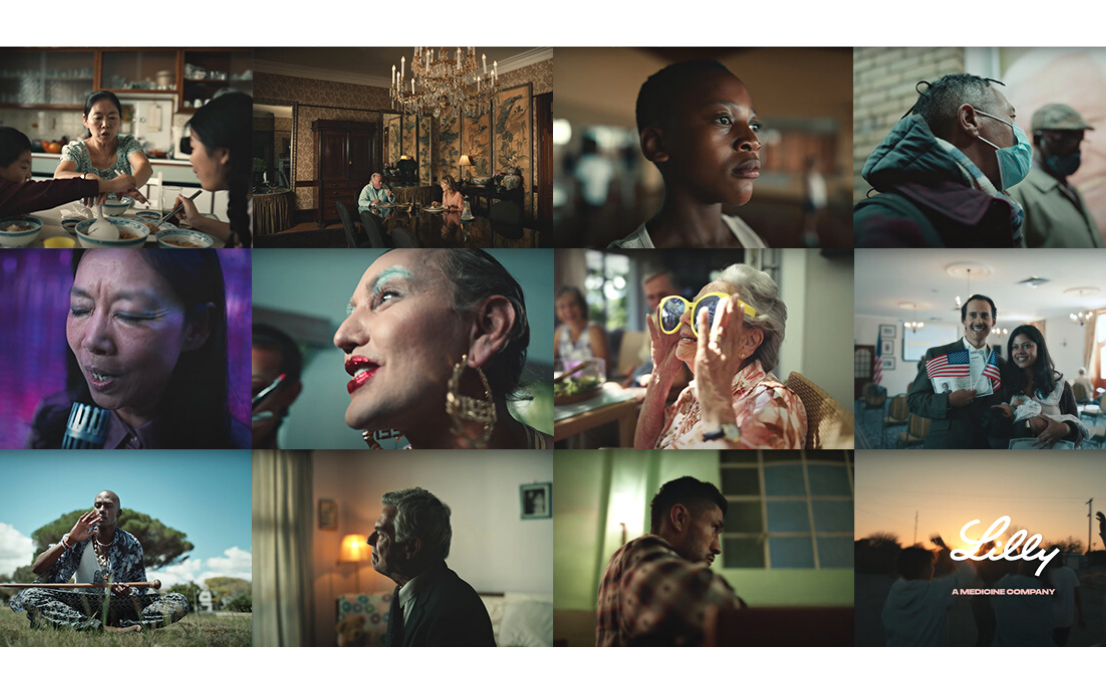 Kayos Casting Directors is renowned for handling huge casting jobs, but the commercial for American Pharmaceutical Eli Lilly and Company, (ranked 221 on the Forbes Global 2 000 list of the largest public companies in the world), was a milestone job for them. Not only because it was the most roles they have ever had to fill, but also because the entire job was cast virtually, in The Kayos Virtual Studio.

Multi-award-winner Sara Dunlop (named one of the Top 25 Directors to Watch by Creativity Magazine) directed the commercial – Eli Lilly: A Medicine Company, with Libbi Ball and Whitney Green-Gibson from Migrate Films producing.

Such a powerful, acclaimed team were required because of the scale of the project, with over 1 500 auditions and close to 150 roles cast. “It was certainly a very big one – in fact, at the beginning, I even considered pushing it away, because there was much uncertainty about our ability to pull this off in Covid times,” comments Ball.

Spotlight on the Kayos Virtual Studio

The Kayos Virtual Studio, surprisingly, wasn’t a pandemic pivot. It was originally developed pre-Covid out of a desire to contribute to a greener industry and planet and just happened to work out brilliantly as a remote casting service during the lockdown. Kayos has already auditioned over 11 000 happy artists in the Virtual Studio since April 2019 while saving tonnes of CO2 emissions. “At the end, when we were doing our wrap drinks, the First AD and the Art Director came to us and said “this is the best casting we have ever had, on any one of our projects,” comments Gibson.

The Kayos Virtual Studio’s benefits go beyond the environment. Casting directors, talent, producers and directors have all been positively affected: “The reach is incredible – we could see people from multiple cities. I love how streamlined it was with the virtual rooms – we meet one person here and then we get handed over to the next person there. So it streamlined the director’s time. The flexibility was also fantastic, in terms of any director’s schedule. Of course, this was a very ambitious project in the beginning, because we had to find so many roles – it gave Sara more time to think and absorb,” added Gibson.

A Special Project with Unique Scope and Methods

This project was such a special one, not only because of its scope and cutting-edge casting methods but also because it was women-led – from the director right through to the production and casting companies. Director Sara Dunlop has been breaking down stereotypes since when she was one of only 3% of female directors in the industry. She’s the UK ambassador for Free The Work, and carefully chooses empowering work such as Nike Victory Swim and The Royal Air Force’s No Room For Clichés. When you watch the Eli Lilly commercial, you’ll understand why Sara chose this one.

“It’s a beautiful pharmaceutical commercial. It’s not just about antidepressants – it’s about the world that we live in, and it’s about fairness. I really love the message behind it,” adds Ball.

Executive Producer Libbi Ball’s final comment was not only complimentary about the Kayos Virtual Service, but also incredibly hopeful about the industry’s future: “Kayos are cutting edge. Casting is a massive part of the reason why jobs come to South Africa – and particularly these big ones. So I think for us to have a trusted relationship like we are certainly developing with Kayos, is critical for our business and for the South African commercials industry. So I’m fantastically excited about moving forward and the next season.”

Find out more about the Kayos Virtual Studio here.