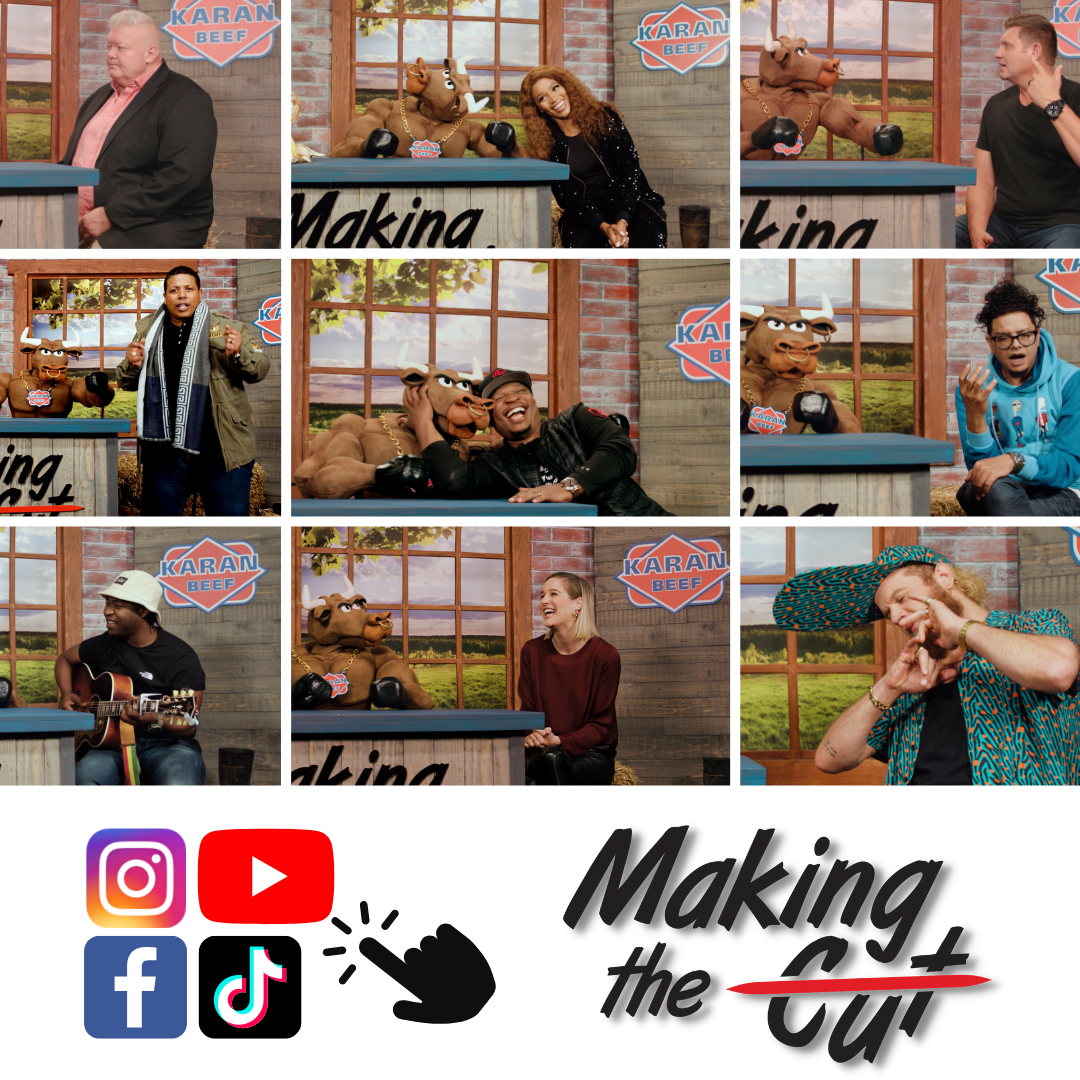 Mindpool Productions and Fenix Marketing recently launched an innovative brand campaign for the largest beef producers in Africa, KARAN BEEF. The brand campaign, Making The Cut, is a comedy talk show, hosted by their brand mascot, BEEF, who “grills” South African celebrities in a studio environment. With BEEF as the new talkshow host in town, everyone is talking about him. There’s a whole lot at “steak” when BEEF opens his mouth – and that’s no bull.

A series of comedy spots, launched nationwide across social media, take a humorous approach to each celebrity’s career, shining the spotlight on their achievements, personalities, and behind-the-scenes anecdotes. The campaign was launched on digital and social media platforms in March and has featured such celebrities as rugby legend Kobus Wiese, singing sensation Kurt Darren, TV and movie star Desmond Dube, who get up-close and personal with South Africa’s beefiest and most fearless talk show host.

KARAN BEEF continuously sets the benchmark for excellence and quality. Making The Cut showcases this humble family business in a positive and approachable light, as a brand for all South Africans. “South Africans love a good laugh and comedy is a fantastic genre to unite people. From concept to execution, we collaborated with some of the finest talent in South Africa to create this memorable campaign and the results speak for themselves,” says Brad Visagie, Managing Director of Mindpool Productions.

Over the last four months Making The Cut has shared laughs with many South Africans, with over 43 million impressions, 23 thousand followers and 15 million video views achieved. “Our digital strategy for this campaign needed to touch the homes and hearts of all South Africans, while growing a strong brand following for KARAN BEEF. A variety of social media and digital platforms were used to ensure reach and frequency, but most importantly achieving engagement and longevity of the campaign living online.” says Mike Chisnall, CEO at Fenix Marketing. The campaign continues to grow, with new episodes and snippets being released regularly across YouTube, TikTok, Facebook and Instagram. Making The Cut aims to spread the KARAN BEEF promise of quality while delivering prime-class humour.