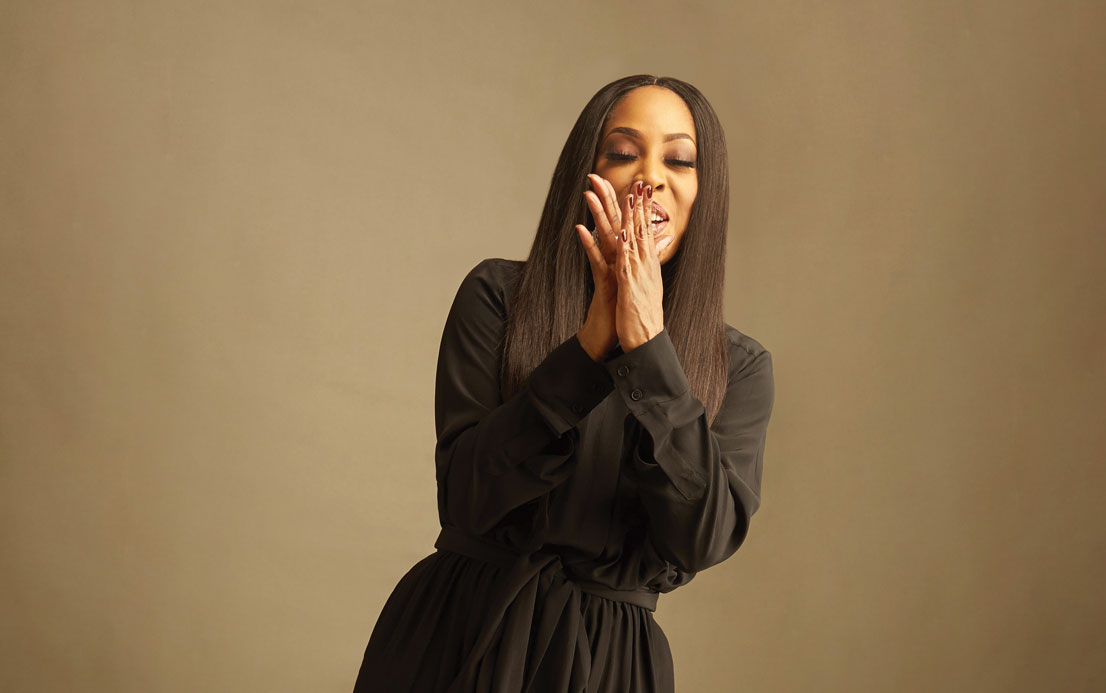 A prolific content creator and Africa’s most successful woman, Mo Abudu is a force to be reckoned with – and certainly needs no introduction. Most recently, she won the Cannes Medailles d’Honneur and has been selected to chair the 47th International Emmy Awards Gala in November. She shares her journey in the film and television industry with the Callsheet.

This article was first published in Issue 5 of the Callsheet. Why work in film and TV?

I’m fuelled by the desire to tell a different story and portray another image of Africa – one that is more authentic, positive, and progressive. I realised that the most effective way to reach the masses was through media, and this realisation gave rise to the vision of creating content for the continent that represented a true reflection of Africa and spoke to the hearts of the people.

You’ve been described by Forbes as ‘Africa’s Most Successful Woman’ – would you agree?

I’m very honoured by that title. At the start of my foray into the entertainment industry, I spotted a gap in the market for a Pan-African talk show… I later decided to create EbonyLife TV, Africa’s first Global Black Entertainment and Lifestyle network, which launched on DStv. We later expanded our reach in Africa with StarTimes. Reflecting back on it now, and realising how ambitious the dream was and what it took to get there, one has to admit that God’s appointed time is always the best.

We soon realised there wasn’t a great deal of African content available globally, which galvanised us to developed EL ON (EbonyLife ON), an SVOD service. Following on the success of the content and channel, we launched EbonyLife Films and started making African movies! We’ve had three titles acquired by Netflix so far and three of our films have topped the all-time Nollywood box office chart, having grossed nearly ₦1.4 Billion.

What were the challenges in bringing EbonyLife TV to the world?

Achieving success comes from having a vision and from exceptionally hard work. Some people dream, but dreaming is not enough. One must also do. Networks around the world receive countless proposals for new channels, so the competition is fierce. We had to strategize a channel that the network—in this case, DStv—would need for their audience. Along with this, we presented a solid business case. Although it took three years before the channel was awarded to us, I never lost faith and I never stopped trying. After that, the real work started. We found a studio in Nigeria, put together a team, set up a satellite feed, developed shows, and within eight months we were live on the air with EbonyLife TV. We faced so many logistical challenges in Nigeria, but through tenacity and resourcefulness, we persevered and always found a solution.

What does a typical day in the life of Mo Abudu look like?

I pray, I exercise, I eat right, I work extremely hard—in fact I never switch off! But above all, I prioritise the well-being of my family.

Any pearls of wisdom to young women wanting to follow in your footsteps?

I have a particular passion for uplifting women and inspiring young women in their career paths. Africa can be a patriarchal continent, but that has never dowsed my fire, and it shouldn’t put up any barriers on your own personal road to success. Always be positive and don’t limit yourself, or your opportunities, with a negative mental narrative. What opportunities exist in the Nigerian entertainment industry?

According to VentureBeat, the Nigerian entertainment industry, currently worth more than US$4 billion, continues to attract investors, and the cinema sub-sector has attracted more than N15 billion in investments across the country in the past decade. Such growing investment is fueled by a rebirth of cinema culture, especially in major cities across the country, due to a growing middle-class with a willingness to spend its discretionary income.

Nollywood has been growing in leaps and bounds over the last five years. The emphasis in film output has been gradually shifting from high-volume, low-quality DVD releases, sold through informal channels, to higher production values, bigger budgets, and cinematic releases.

Although Nollywood produces around 2,000 features a year, which makes it second only to Bollywood in terms of production, it is by far the gold mine the entertainment industry is looking to source from. Nollywood has the potential to unleash the productive energy of the youth, harness creativity, and promote innovation in the entertainment industry.

Congratulations on being the first Nigerian and African to win the Medailles d’Honneur at Cannes! What does this kind of accolade mean for both you and the wider African film industry?

I would like to take this opportunity to thank MIPTV for this incredible award. My big dream was—and still is—to change the narrative about my continent. As a continent, Africa has remained creatively silent for centuries. Our stories are seldom told outside of our families and villages and often from the perspective of “someone” looking in. It is therefore with great pride that we at EbonyLife Media bring our stories to the world through our TV series and our films.

I especially want to dedicate this award to the great work of the entire EL team. The global recognition and awards we receive is due to our collective team effort at EbonyLife.

What’s the latest from EbonyLife? We heard you’re working on a warrior series with Sony?

The EbonyLife partnership with Sony remains active and ongoing. We are currently working on the co-production of The Dahomey Warriors.

The three-project deal, the first of its kind between SPT and a Nigerian production company, will include a TV series inspired by the Dahomey Warriors. The action-packed series, inspired by true events that took place in the West African Kingdom of Dahomey, will tell the empowering story of these all-female warriors and show the ultimate strength of women coming together, fighting to protect and honour their people.

Ever since our launch in June 2013, our vision has always been to change the narrative about Africa and to tell our stories from our perspective. We have invested in the creation of quality programming and the development of our people and their ideas. It is this ethos that has given us the opportunity to partner with a world-class organisation like Sony Pictures Television. Now we have the opportunity to bring the fascinating story of the Dahomey Warriors, and many other such stories, to audiences around the world. It has been hard work getting here, but that’s what we are known for at EbonyLife. As I always say, ‘If you can think it, you can do it’.

Any other exciting news you could share with our readers?

EbonyLife Films 6th feature film, Òlòtūré is about human trafficking. We co-hosted a private screening with the Creative Artists Agency (CAA) at CAA’s Los Angeles headquarters in June 2019. Òlòtūré explores a world very few people know anything about, and that had to be dealt with in a particular way. It addresses real issues most of our society doesn’t see, harnessing the talents of some of the country’s top actors and filmmakers to produce a film that is both intelligent and profound—and it breaks bold new genre and stylistic ground for Nollywood.

Added to that, I am extremely honoured to have been selected to Chair the 47th International Emmy Awards Gala on November 25, 2019, in NYC. As producers, we are in a unique position to share fresh, authentic, and original stories with a global audience. I look forward to continuing my journey in bringing African stories to the global stage.