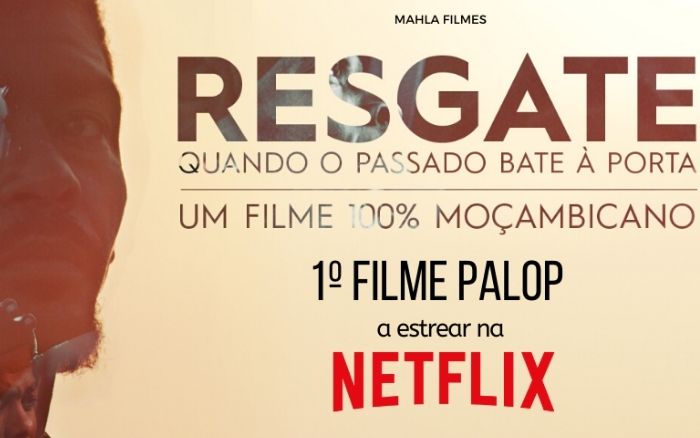 The independent Mozambican feature film “RESGATE” (REDEMPTION) debuted on Netflix on July 29 thus becoming the first from a Portuguese-speaking African nation to be available on the worldwide streaming platform.

For the film’s director, Mickey Fonseca, “this is very important for the cinema spoken in Portuguese. We hope that it will open doors for other filmmakers, especially African, and help us overcome one of our biggest challenges in the continent: getting our films properly distributed and represented around the world”.

“RESGATE” opened in local cinemas in July of 2019. It was welcomed by the audience. It was also exhibited in cinemas in Portugal as well as several world cinema festivals, having won Best Screenplay and Best Production Design Awards at the African Movie Academy Awards (AMMA), Nigeria, and the courageous award at the Zell Film Festival, in Austria.

It is written and directed by Fonseca, a young Mozambican filmmaker and co-founder of Mahla Filmes with Pipas Forjaz, who is the director of photography and editor. All the actors (and most of the crew) are Mozambicans, some – like the protagonist and the antagonist – for the very first time. The soundtrack was designed by Mozambican musicians Milton Gulli and Nandele Maguni.

“RESGATE” is one of very few independent films by local filmmakers and the first Mozambican feature that tells an urban and contemporary story. It was filmed in the south of the country (Maputo city and Maputo province) between 2017 and 2018. The color grading was done in Portugal and the sound mix in South Africa.

Mahla Filmes has broken barriers with the film since 2016, with the first crowdfunding campaign for a feature film by Mozambican filmmakers. The financial target fell far from was expected, but the efforts to communicate the campaign gave life to a community of followers and supporters inside and outside social media, which also highly contributed to how the public welcomed the film when it finally came out.