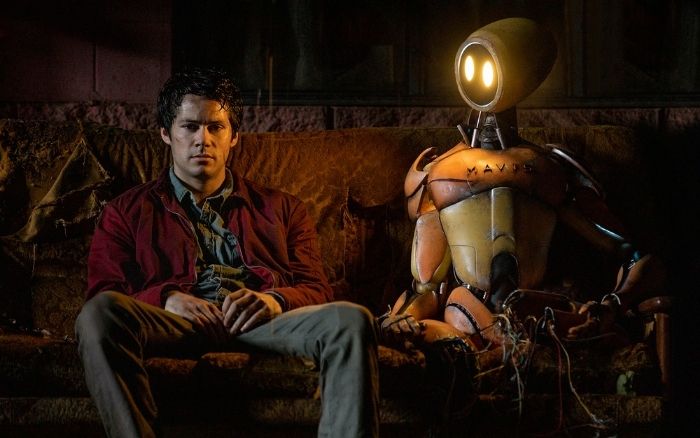 International blockbuster Love and Monsters, directed by South African Michael Matthews, has garnered an Oscar nomination – and has been described as ‘one of the best surprises of 2020’.

The film has been nominated for Best Visual Effects at the 93rd Academy Awards, which will be held in Los Angeles on 25 April 2021.

Love and Monsters is Matthews’ first Hollywood studio film, working with Paramount Pictures and the producers from 21 Laps (Stranger Things, Arrival, Free Guy). Starring Dylan O’Brien (The Maze Runner Trilogy, American Assassin), Michael Rooker (Guardians of the Galaxy, Walking Dead), Ariana Greenblatt (Avengers: Infinity War), and Jessica Henwick (The Matrix 4, Underwater), the film opened to rave reviews at #1 in the USA at the end of 2020 and gained an incredible 92% critics rating on Rotten Tomatoes. While it was due for a global theatrical release in February 2021, due to the COVID-19 pandemic, Paramount changed this to a digital release, selling the international distribution to Netflix.

Love & Monsters is a sci-fi adventure set in a monster-infested version of the world, and tells the story of Joel Dawson (O’Brien), who, along with the rest of humanity, has been living underground ever since giant creatures took control of the land. After reconnecting by radio with his high school girlfriend Aimee (Henwick), 80 miles away at a coastal colony, the young passionate Joel decides to embark on a long hazardous journey alone to be with the girl of his dreams, encountering interesting characters and dangerous monsters on the way.

Of the nomination, Matthews says, “There were so many people involved in bringing the monsters and world of the film to life. So, it’s awesome to see that hard work acknowledged.” Love and Monsters was shot on location in Queensland, Australia, and a Mr X team led by Genevieve Camilleri, Matt Sloan, Matt Everitti and Brian Cox brought Matthews’ vision to life.

Indiewire’s David Ehrlich calls Love and Monsters a ‘fun, imaginative, genre-mashing adventure’ and ‘the rarest kind of movie these days.’ The film has won over diverse audiences and has been lauded as ‘a throwback to the Amblin-era fantasy adventure films’ and as having ‘surprising emotional depth’ by other film critics, confirming that Matthews has hit a home run with his directorial vision.

“I loved the process of designing and conceptualizing the creatures, as well as the long technical process, seeing that vision through to the end,” Matthews says.

Born in Durban, Matthews studied filmmaking at City Varsity in Cape Town, before co-founding the Be Phat Motel Film Company with writer/producer Sean Drummond. He went on to make his directorial debut with Five Fingers For Marseilles, a contemporary South African Western that premiered at the 2017 Toronto International Film Festival to high acclaim, winning five African Movie Academy Awards, including Best Film, Best Film in an African Language and Best First Feature Film by a Director. It was also a New York Times Critics Pick and attained worldwide distribution, setting Matthews on the path to directing his second feature, Love and Monsters – and the production’s Oscar nomination.