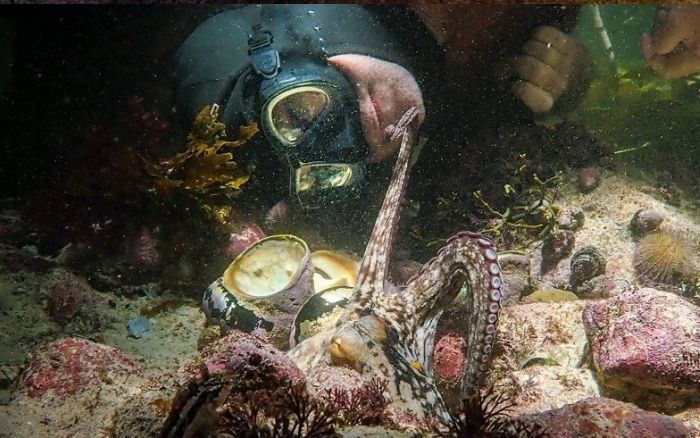 “This is an important milestone, as it will encourage further investments, skills transfer and collaboration in South Africa’s film industry,” Minister of Sport, Arts and Culture, Nathi Mthethwa, said on Monday in a tweet on the social media platform.

The documentary is about a filmmaker who forges an unusual friendship with an octopus living in a South African kelp forest, learning as the animal shares the mysteries of her world.

The National Film and Video Foundation (NFVF), an agency of the Department of Sport, Arts and Culture and Netflix in association with Indigenous Film Distribution, are calling for micro-budget film proposals.

“This collaboration looks to create new opportunities for emerging filmmakers in the local film industry after many productions have had to cancel or postpone due to COVID-19 and the nationwide lockdown.

“The aim of this fund is to help alleviate the pressure filmmakers face to raise funding and will assist in the alleviation of low job creation currently faced by the sector,” NFVF said in a statement.

This partnership will fund six micro-budget feature films at 100% of the production budgets.

“Specific attention will be paid to creatives who have at least two short films and venturing into their first and second time as feature writers, directors and producers. Preference will be given to compelling, character-driven narratives in genres that are original and demonstrate a filmmaker’s unique vision. Films should also be culturally-authentic with a global appeal,” NFVF said.

All projects should be at the final stages of development.

Details on the submission of proposals for the NFVF/Netflix Micro Budget Films Project can be found on nfvf.co.za.