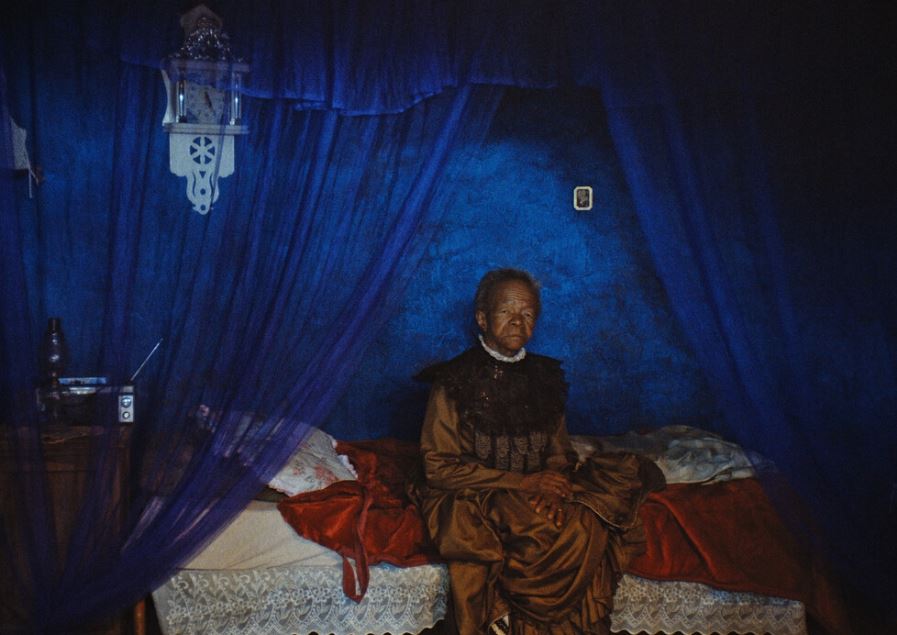 The sixth best-reviewed film of 2021 globally was made in Lesotho, and you can watch it now

This Is Not A Burial, It’s A Resurrection ended 2021 at #6 on MetaCritic’s list of the best reviewed films of the year globally.

Lemohang Jeremiah Mosese’s film also cracked many of the most prestigious Top 10 Films of 2021 lists, placing second on Vulture, third on Slant, fourth on LA Weekly, sixth on RogerEbert.com, seventh on AV Club, and ninth on Paste and The Playlist – not to mention making Vanity Fair’s list of the 21 Most Underrated Movies of 2021 and The Film Stage’s list of The Best Cinematography of 2021.

Now streaming on Showmax, This Is Not A Burial, It’s A Resurrection stars the late, great Mary Twala Mhlongo (Black Is King) in her final film role as an 80-year-old widow in Lesotho who finds a new will to live and ignites a collective spirit of defiance within her community when her village is threatened with forced removals due to the construction of a reservoir. Triple SAFTA winner Jerry Mofokeng wa Makhetha (Tsotsi, Five Fingers For Marseilles) narrates, while Makhaola Ndebele (The River) co-stars.

This Is Not A Burial, It’s A Resurrection has won over 33 international awards, including the Visionary Filmmaking Prize at Sundance 2020, the FIPRESCI Critics’ Prize at Hong Kong 2020, the Artistic Bravery Prize at Durban 2020, Best Cinematography at the African Movie Academy Awards 2020 and FESPACO 2021 for Pierre de Villiers, and the Silver Tanit for Best Film at Carthage 2021.

Released in the United States last year as part of The Criterion Collection, This Is Not A Burial, It’s A Resurrection has a 100% critics’ rating on Rotten Tomatoes. Vulture hailed it as “the first masterpiece of 2021… So gorgeous and spellbinding that it invites repeat viewings.” The Playlist called it one of those films that “reinvigorates one’s faith in the artistic capacity of an entire medium.” RogerEbert.com praised it as “a challenge to conventional Western film language… a welcome and necessary one.” Slant called it “Breathtaking,” Paste “extraordinary” and Rolling Stone “a revelation.” We could keep quoting but you get the idea… 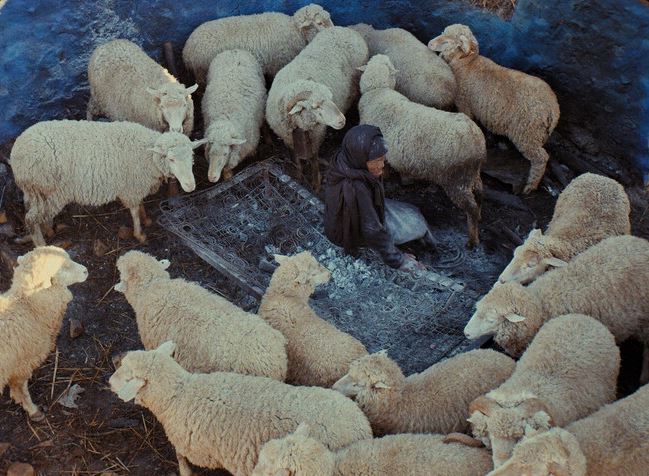 This Is Not A Burial, It’s A Resurrection is an intensely personal story for its writer-director, who was born and raised in Lesotho but now lives in Berlin. “When I was a child, my family was evicted from our home,” says Lemohang. “My experience of displacement has significantly impacted who I am and how I see the world. I felt as though something had been taken away from me. My heart never left that place.”

This cycle is continuing, as mountain villages in Lesotho continue to be displaced for reservoirs as part of the ongoing Lesotho Highlands Water Project, initiated during apartheid to supply water-scarce South Africa. “My grandmother’s village is on the verge of displacement,” says Lemohang. “I still know every texture of her house’s walls, its thatched roof, the smell of oak trees after rain, the stone kraal. Soon this place will be no more. Soon this will be razed and flooded and water will be channeled into the heart of South Africa.”

“As more reservoirs are built, thousands of villagers are forcibly removed from their land and are relocated to urban living environments,” says Lemohang. “Not only do they lose their livestock, crops and way of life, but also their individual and collective identity. The destruction of the land brings the desecration of the dead; villagers are forced to exhume their loved ones or leave them behind to be flooded. When your sense of self is so rooted in the land of your ancestors, this is unthinkable. People that I interviewed have likened this process of displacement to death.”

This Is Not A Burial, It’s A Resurrection is the first narrative feature film ever made by a Mosotho director and went on to become Lesotho’s first-ever submission to the Oscars. Apart from the three leads, the cast is made up almost entirely of actual residents from the village where they shot, in the remote mountains of Lesotho, where running water and electricity are a scarcity.

Equipment, vehicles, crew and other resources were brought into Lesotho from South Africa. The tiny crew of just 15 people endured extreme weather conditions while shooting in areas with no road access. “Mary, our lead actress, who was 80 years old, had to be carried back and forth on the long hill by crew members and men from the village,” says Lemohang. “At particularly remote locations, we had to send her – and the camera equipment – on horseback.”

Produced by Urucu’s Cait Pansegrouw and Elias Ribeiro, who were also behind the Oscar-shortlisted Inxeba | The Wound, This Is Not A Burial, It’s A Resurrection was developed through the Realness African Screenwriter’s Residency, which the duo also co-founded.

Add This Is Not A Burial, It’s A Resurrection to your Showmax watchlist: https://www.showmax.com/eng/movie/ky64r588-this-is-not-a-burial-its-a-resurrection