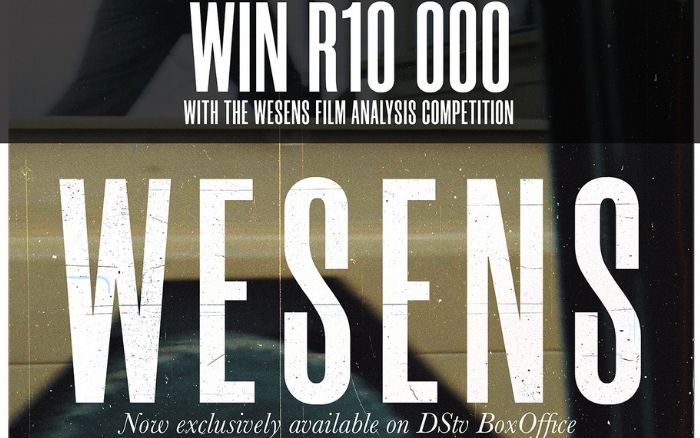 You could win R10 000 with the acclaimed Karoo Sci-Fi film – WESENS!

The creative agency The Suits and LitNet are looking for a critical analysis of WESENS, the award-winning Karoo science-fiction film that was released in South African cinemas in October last year and that is now available exclusively on BoxOffice by DStv.

They ask for more than a conventional movie review. What they are looking for is a critical analysis where you examine the film and share your insights and interpretation of the themes and symbolism within it.

You do not have to recount the plot of the film, rather focus your analysis on how the metaphors, analogies and cinematic techniques that was used, add to your interpretation of the themes, symbolism and ultimate message of the film.

The competition is open to pupils, students and film lovers. The critical analysis of the film must be between 500 and 1 200 words and entries must be emailed with the subject line: “Wesens” to Izak de Vries at LitNet – izak@litnet.co.za.

What is also, very exciting, is that one of the judges for this unique film analysis competition is the renowned South African author and film critic, Leon van Nierop!

Visit LitNet or WESENS for more information. We look forward to reading your interpretation of the first South African Karoo Sci-Fi film – WESENS!